Discover the detailed summary of Tomorrow belongs to us in advance season 5 of episode 1196 broadcast on Monday May 30, 2022 on TF1. Vanessa was treated, she survives the operation and gives her explanations to the police. Bart blames himself for not having seen anything at Vanessa’s. Manon succeeded in her first investigation with flying colors. Stanislas goes too far.

The complete recap of the DNA soap opera of the episode in advance of 05/30/2022. Find the #TomorrowWeBelong spoilers in preview, everything you need to know about the episode.

Stanislas how far will he go with Raphaëlle? / Screenshot news tele.com

Vanessa is not dead following Georges’ bullet, she is injured and is taken to the hospital. An administrative investigation is opened in order to know the exact motivations of Georges’ shooting: to kill Vanessa or to neutralize Vanessa.
Georges admits to having acted by reflex: Martin promises to defend him after the IGPN.
Marianne announces to the police that Vanessa’s bullet has been extracted…her life is no longer in danger.
Bart is angry, he would have liked Vanessa to die. Anna thinks it’s better this way because she can be judged and so she can explain her actions. Bart blames himself for not seeing that Vanessa was crazy from the start.

Tristan is free, the investigation has been resolved. Alex and Sylvain are present to welcome him on his release from prison. 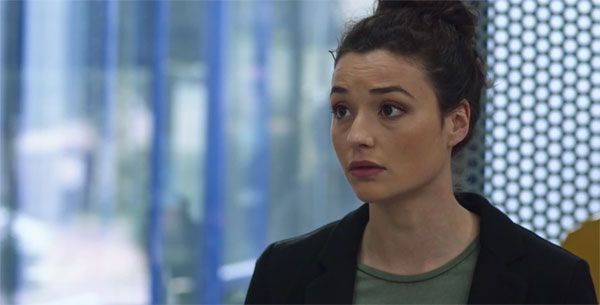 Manon persists for Timothée’s bike even if the analysis of the prints did not give anything. Manon decides to do a neighborhood survey and comes across a man who has grease on his pants…everything fits, she is convinced that this local resident is the thief. Manon asks Nordine to stop the man to get Timothée’s bike back…and it works, the man had at least thirty stolen bikes. It’s a real success for Manon who managed to complete her first survey. Aurore is disgusted, she wanted Manon so badly to give up this police path and go back to her studies.

Karim questions Vanessa at the hospital: she admits having corresponded with Mercier because she understood his suffering…and the fact that he was abandoned on his wedding day. Vanessa confesses to having killed Alice her stepmother because she did not want her to replace her mother. She gave him beta blockers for several days…so his death seemed natural. When Mercier was acquitted, she had a drink with him but found him insignificant.
She started by killing to calm her pain because she couldn’t bear Georges saying no to marriage.

Camille didn’t sleep at home, she didn’t even tell her mother. Raphaëlle confides in Stanislas that she does not understand how their relationship could have deteriorated. Raphaëlle does not want Stanislas to leave, his presence does him good.
In high school, Camille confides in Chloé about what is happening at home. Chloé mediates between Camille and Raphaëlle.
Camille goes to Raphaëlle’s office to apologize…and her mother also regrets having almost slapped her. Mother and daughter reconcile. Stanislas is not happy with the situation.
In the evening, he freaks out. Stanislas tells Raphaëlle that he is the minion on duty, a pigeon for her. Raphaëlle defends herself by saying that she loves him. During the argument, Stanislas, in a rage, pushes Raphaëlle to the ground. She falls violently. 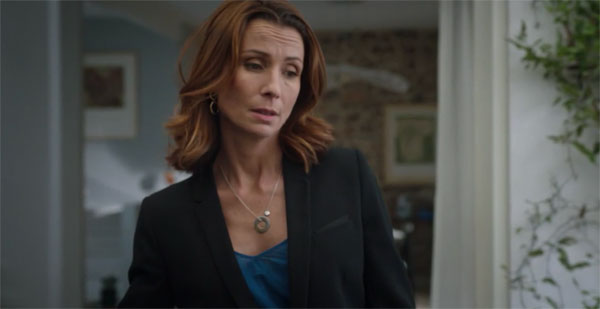 Hell has only just begun for Raphaelle / Screenshot new tele.com

Tomorrow belongs to us in advance episode 1196 of May 30, 2022: Georges faces an investigation by the IGPN

Victoire has been hospitalized, Samuel is by her side. Victoire tells Samuel that she loves him and that she hasn’t stopped thinking about him.
Georges comes to see Victoire afterwards, he feels guilty for what has happened to him.
Georges is shocked and disgusted…he admits that he really loved Vanessa and he still loves her. He thinks Vanessa was unaware of what she was doing. Victoire knows what Georges is going through is very complicated, he promises to always be there for him if he needs to talk.
Then, Georges goes to see Vanessa to apologize for shooting…but he had no choice, he’s a cop. Georges tells Vanessa that she is ill and needs to be treated. Vanessa would like Georges to come and see her in prison…he replies that he doesn’t know. // More photos to come

The highlights of Tomorrow belongs to us from May 30, 2022: what to remember

– Tristan is a free man, his innocence is confirmed
– Stanislas strikes Raphaëlle
– Victoire and Samuel more in love than ever
– Vanessa survived the bullet from Georges
– Georges is upset by everything that has happened